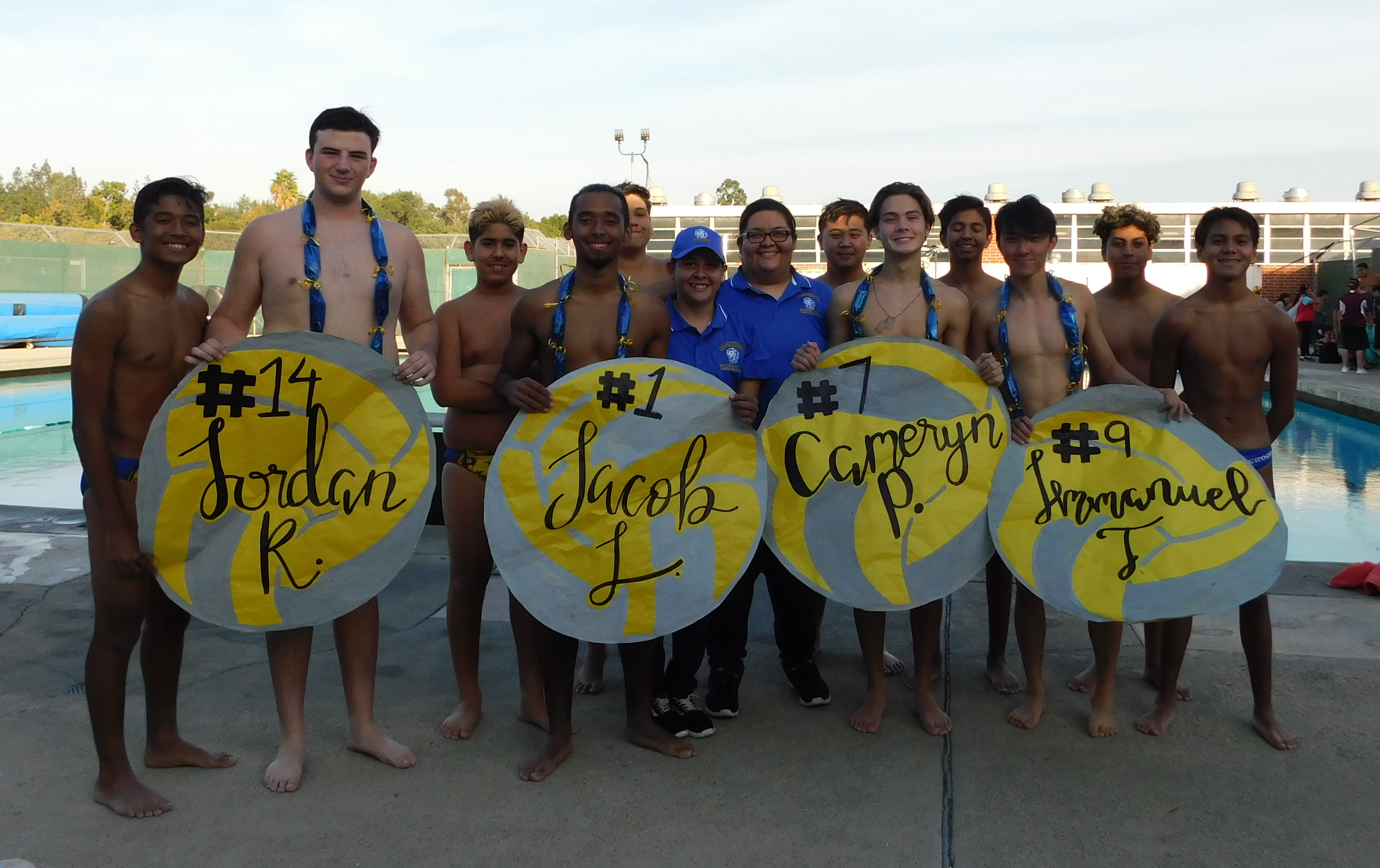 Congratulations to the Boys Water Polo team for advancing to CIF for the 2nd year in a row and for playing their hearts out. Senior Goalie Jacob Lopez had 9 saves while Senior Captain Jordan Kerns ended the game with 3 goals, 2 of which were assists from Senior Captain Cameryn Pesante and Sophomore Cesar Varela. Wednesday’s game against the Paramount Pirates unfortunately ended in a defeat and eliminated the Lions from the tournament. However, every player left the pool with their heads held high and showed the utmost respect to their opponents.

This concludes the Boys 2018 Water Polo season but it was a memorable year to say the least as they finished 2nd in league. Also this was the last game for Seniors Jordan Kerns, Jacob Lopez, Cameryn Pesante, and Immanuel Tran. We wish you the best in your future endeavors. GREAT JOB LIONS!!!

No Events This Week

Events are added by athletic staff.
View All Events